CEO of Masabi. “It’s validating to be named a winner of this prestigious award, and we accept and share it with the entire Masabi team.”BARCELONA, Spain and LONDON, UK – 24th September 2010 - Masabi, the developer of mobile ticketing technology for the transport sector, was named as a Young Bull winner today for the inaugural 2010 Bully Award honouring the leading European technology, media and telecommunications (TMT) companies as presented by White Bull Summits. 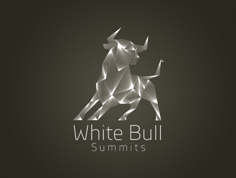 A total of 60 European companies were named as finalists for the 2010 Bully Award, and 30 were honoured as winners. The deserving winners were selected from a pool of entries that included hundreds of nominated European TMT companies.

The winners fall into three categories:

"The Bully Award winners were selected for innovation and values of excellence in the TMT sector,” stated Farley Duvall, Founder and Chairman of White Bull Summits. “Each of the Bully Award winners have been recognized as a leader in their field, with a bright business proposition and meaningful market strategies, driven by a rich understanding of customer needs and technological solutions.”

“We’re thrilled and honoured to be named a Bully Award winner, and to be recognized as one of the leading TMT companies in Europe,” said Ben Whitaker, CEO of Masabi. “It’s validating to be named a winner of this prestigious award, and we accept and share it with the entire Masabi team.”

Masabi’s “Ticket Machine in your Pocket” technology allows secure, usable ticket purchase and display on the majority of common mobile phone handsets, as well as high-end smartphones. The company is already working with customers including Atos Origin and thetrainline.com, with the first consumer launches due in the coming months.

“We searched for the ‘wily beast’ we believe lives inside all successful businesses,” adds Duvall. “We very carefully reviewed seed, angel, early-stage and growth-stage companies, and selected 30 winners that we believe have demonstrated clear potential for further growth, including a high probability for exit in the next few years.”

About Masabi
Masabi is a UK developer of mobile phone ticketing technology for the transport sector. Its “Ticket Machine in Your Pocket” software allows secure, usable ticket purchase and display on mass-market handsets, not just high-end smartphones. The company is already working with customers including Atos Origin and thetrainline.com, with the first consumer launches due in the coming months. In December 2008 Masabi’s design for a secure barcode ticket was adopted as a national standard by the UK Association of Train Operating Companies (ATOC). For further details see www.masabi.com

White Bull’s aim is not simply to produce events. White Bull is here to help companies succeed. Built upon the extensive knowledge and network of its founders and advisers, and in the spirit of the “wily beast” that lives inside all successful businesses, White Bull offers a community that brings together the best and the brightest – Europe’s top technology and media leaders, entrepreneurs, innovators, investors, and visionaries. White Bull will respond to the needs and wants of the Technology, Media and Telecommunications (TMT) sector, while providing a forum for ongoing discussion. For more information, please visit White Bull at http://whitebull.com, on Facebook or follow White Bull on Twitter @whitebullsummit.