Smart Cities Should Fill Our Downtowns With People, Not Cars

When you peruse rankings of the best downtowns in the United States, you'll find they share many characteristics: walkability, shopping, restaurants, entertainment venues. Look for a list of the best cities in the U.K. and it’s much the same – livability takes top billing. But you'll also notice that the U.S. lists tend to be dominated by small- to medium-sized cities.

Why the absence of big U.S. urban centers? Because people were pushed out of those downtowns in favor of cars more than 50 years ago.

Once the automobile gained primacy in our culture, urban centers were redesigned to give cars priority. This made downtowns unpleasant places for pedestrians – a term that encompasses what all people do for most of their day, but which became shorthand for "those who aren't in cars." So it's not surprising that, outside of those downtowns, new spaces eventually began to appear that were built to accommodate people instead of cars.

Those places are called shopping malls, and for the past several decades they have been our substitute city centers – ones where the "roads" are for pedestrians only.

Yet for all their assets, shopping malls can never match the potential of a truly pedestrian-oriented downtown. They certainly don't have the character of a city block, with its architecture and street trees and birdsong. Furthermore, they aren't truly public spaces; they have limited hours of operation, and access can be restricted based on what you plan to do there – cyclists and runners, for example, are not going to be well received. And, of course, they are part of the car culture, with more surface space dedicated to parking than to commercial and recreational activities.

Meanwhile, city centers offer mixed uses that make them even more attractive: not just shopping, but living; not just storefronts, but outdoor festivals; and, of course, they are accessible by public transit, eliminating the need to take (and park) a car.

Urban stakeholders who want to see their downtown cores revitalized should not hesitate to emulate the better qualities of the shopping mall. After all, shopping mall developers copied those downtowns in the first place because they understood the secret: People like to be in places where they don't have to compete with cars.  Just look at Paris, Brussels, Copenhagen and other cities that recognize the annual World Car-Free Day, which clears cars from hundreds of miles of streets and brings citizens out in droves.

In order to restore our city centers to places people truly love to be, we need to remove cars from them not just for a day, but permanently – and smart transit is the key. When people know they can move around their city effortlessly, they are able to give up their dependence upon personal vehicles. That means we’ll once again be able to fill the streets of our urban centers with something far more important: people. 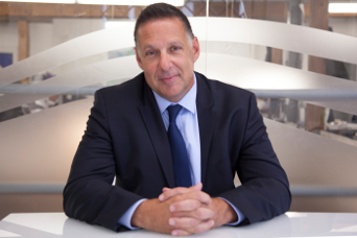