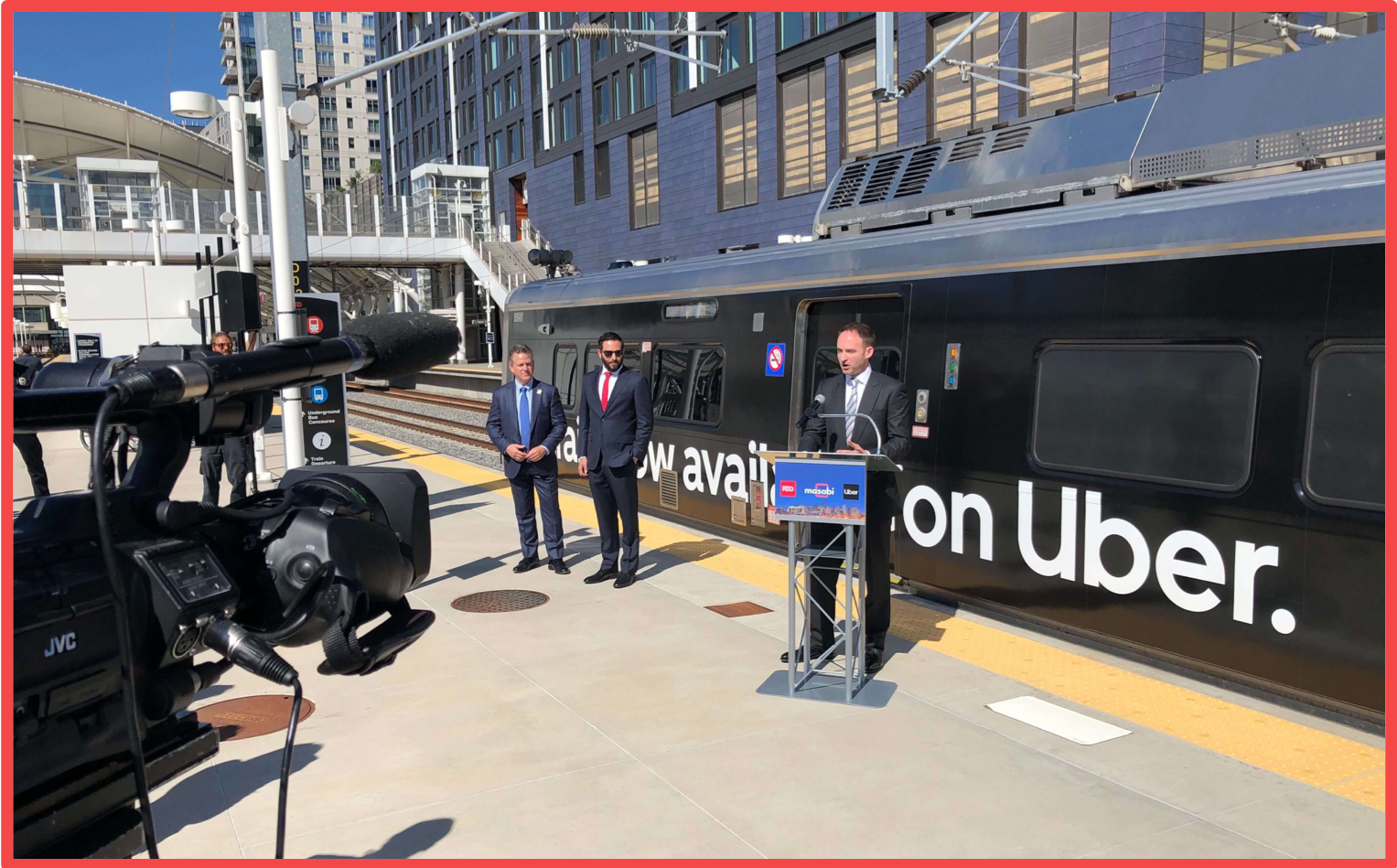 DENVER (July 9, 2019) – With Uber Transit ticketing now available to all riders in Denver, Uber is revealing that more than 1,200 Regional Transportation District (RTD) tickets have been sold through its app, with growth averaging 42 percent each week during the rollout period. Uber Transit ticketing was launched to a small cohort of users in May, and became available to 100 percent of Uber users in Denver on June 25.

Riders are using the Uber app to plan and book their transportation from home, to work, to appointments, and to the airport. While nearly two-thirds of tickets sold were for local rides, regional rides – including trips to and from Denver International Airport – were the second-most-popular option for in-app ticket purchases, at 23 percent.

Since Uber Transit journey planning launched in January, Uber trips in Denver that start or end at a transit station have grown 11.6 percent. These are commonly called first- and last-mile trips, referring to the portions of a journey that individuals complete on their own, with transit at the core of the trip. Denver riders were the first worldwide to use Uber to plan their transit trips with real-time information and end-to-end directions.

The collaboration involving RTD, Uber, and Masabi is the first to offer real-time transit information and ticketing within the Uber app. Following a staggered rollout over several weeks, all Uber riders in the Denver metro region are now able to buy RTD tickets through the Uber app. 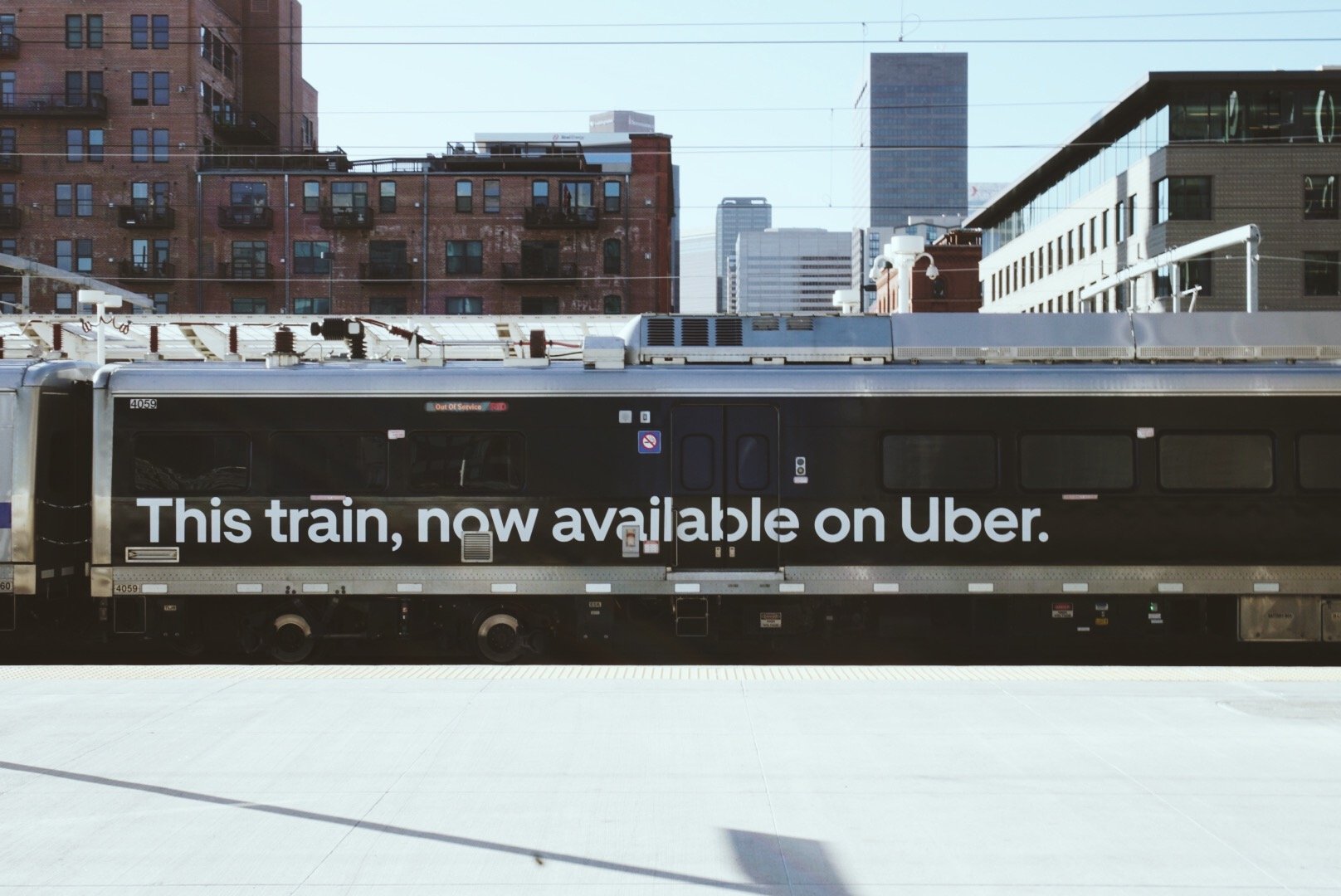 “The data we’re seeing from the launch of Uber Transit affirms that people appreciate choices, and that the future of mobility lies in providers working together to deliver on public expectations,” RTD CEO and General Manager Dave Genova said. “Twelve hundred transit tickets sold within the Uber app represents 1,200 decisions actively made to take transit, after considering all options available. And for travelers who take Uber after seeing that RTD is available to them, being made aware of our services ultimately broadens our reach.”

“Every week since we launched ticketing, more riders have used Uber to connect to mass transit,”  Uber Head of Transit David Reich said. “Initial numbers show riders are using the Uber platform to plan their commutes from end-to-end, using a variety of transportation options. We’re using this data and insights from Denver to inform the Uber Transit experience in London, Boston and other future cities.”

“Removing the friction associated with paying and using your phone as a ticket is key to encouraging more people to use public transit,” Masabi Chief Product Officer Jonathan Donovan said. “Eleven percent of RTD mobile ticketing customers had not used the transit agency’s bus and train services until they had downloaded the RTD Mobile Tickets app. We strongly believe that the ability to purchase transit tickets within the Uber app in Denver will have a positive impact on ridership numbers as paying and traveling is made easier, leading more people to leave their cars at home and ride transit.”

Buying a transit ticket in the Uber app is easy: After riders enter a destination, they will see “Transit” as an option in the “choose a ride” selector. Upon selecting “Transit,” riders can purchase tickets on all available transit options while also having access to real-time schedules and walking directions to and from transit stations. Uber’s menu bar lets users purchase and redeem a range of tickets available on RTD services, including three-hour, day and monthly passes. Users activate tickets, which are stored in the “Transit tickets” section of the Uber app, when boarding transit services. Once purchased, tickets are available even when riders are offline.

Now that availability has reached 100 percent of Denver, Uber and RTD are ramping up marketing efforts throughout the region to increase awareness of Uber Transit. In addition to train cars wrapped with Uber Transit imagery, riders will also see electronic information displays at RTD stations, materials aboard the transit agency’s entire fleet of vehicles, social media, emails, and notifications within the Uber app.

Uber’s platform is committed to igniting opportunity for the people we serve in Colorado. Ridesharing remains a stress free reliable option throughout the state. Uber Eats is currently available throughout Denver, Boulder, and the Colorado Springs areas. The Uber Rewards program – a first-of-its kind loyalty program that spans across Uber’s business lines and product offerings, including ridesharing and Uber Eats – is now available in select areas. JUMP e-bikes are currently available in Downtown Denver. Transportation agencies around the world can learn more about how to pursue their own transit partnerships with Uber at www.uber.com/transit.

The Regional Transportation District celebrates 50 years of service this year. The transit agency develops, operates and maintains a public transportation system that meets the needs of close to 3 million people within an eight-county service area in the Denver Metro region. The agency’s buses, rail lines, shuttles and additional services provide approximately 100 million annual passenger trips. For more information, visit rtd-denver.com, call 303-299-6000 and follow along on social media: www.facebook.com/RideRTD, on Twitter @Ridertd, @ridertd on Instagram and rideRTDco on YouTube.

Masabi is bringing Software-as-a-Service (SaaS) ticketing and payments to public transit agencies of all sizes around the globe. Through our fare collection platform, Justride, agencies can sign up to mobile ticketing services, enable Mobility as a Service (MaaS), or deploy an account-based full fare collection solution using contactless bank cards, mobile devices and smartcards. Masabi is the category creator for transit mobile ticketing. With over 50 clients across four continents, the Justride Mobility Platform is the most widely deployed end-to-end mobile and account-based ticketing solution in operation, serving the largest transit agency in the US to local bus operators. Masabi has offices in New York, London, Denver and Cluj, and investors include Mastercard and Keolis. For more information, visit www.masabi.com.